Today, after months of organizing and community pressure, the Minneapolis City Council voted 12-1 to repeal laws against lurking and spitting. These laws, disproportionately enforced against people of color, had been criticized as “Minneapolis Black Codes.”

The repeal comes on the heels of a new ACLU report showing that in Minneapolis, black and Native American people are over 8 times more likely to be arrested for low level offenses than white people. 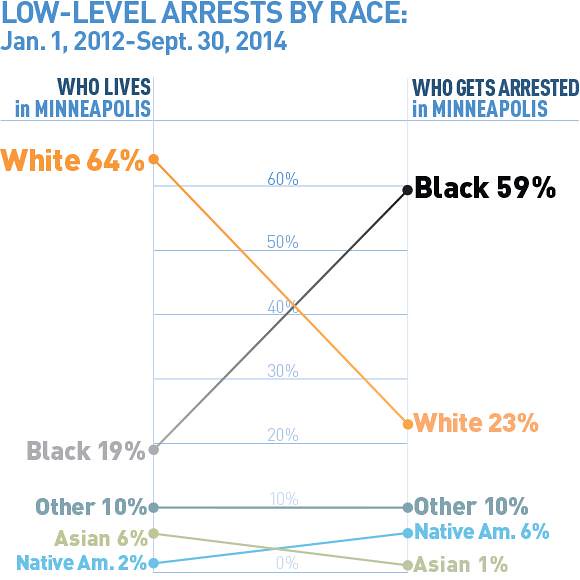 The Twin Cities’ racial disparities, among the worst in the nation on every measure, have long shadowed a region consistently cited as one of the best places to live–for white people.
“In many ways Minnesota and Wisconsin have become the new south. The disparities we’re seeing rival anything in the Jim Crow era,” said Anthony Newby, executive director of Neighborhoods Organizing for Change. “Today’s repeal is a small, important first step toward ending racial disparities in our police system. We thank the city council for listening to the community and look forward to working with them on further police reforms.”
Repealing these ordinances has been a priority for Neighborhoods Organizing for Change, Black Lives Matter Minneapolis, and the ACLU.
In the months leading up to the repeal, community members packed the council chambers at two public hearings to testify about their experiences being racially profiled by the police. At today’s council meeting, council members thanked the community for sharing their stories.
Council Member Cam Gordon, who co-authored the repeal, at one point read aloud from Michelle Alexander’s The New Jim Crow during the council meeting, describing the effects of low-level arrests on the lives of people of color. “Today it is perfectly legal to discriminate against criminals in nearly all the ways that it was once legal to discriminate against African Americans,” he read. “This isn’t a police problem. This isn’t a court problem. This is our problem. We need to own it.”
“The ACLU-MN is thrilled that the Minneapolis City Council is taking this important first step in reforming our criminal justice system by repealing the lurking and spitting ordinance,” stated Charles Samuelson, Executive Director of ACLU-MN. “These ordinances were completely unnecessary and only used to further strain relations between the community and the police. We hope that this is a sign that we are starting on the right path to remedy the deep racial disparities that pervade our criminal justice system.”
Read the original post on MN NOC’s website. 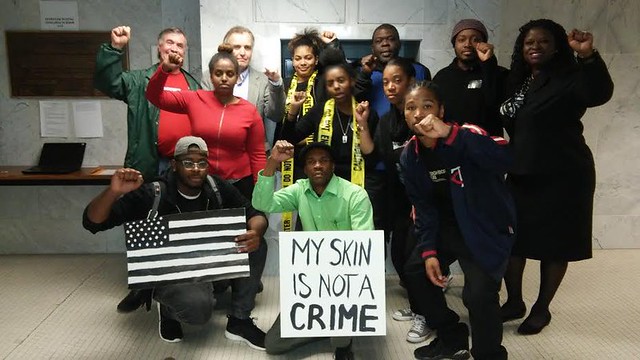 Lorraine2020-11-20T20:19:38-05:00June 5, 2015|Criminalization of Communities of Color|Comments Off on Minneapolis repeals lurking, spitting laws that criminalize people of color